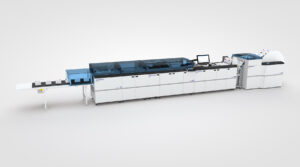 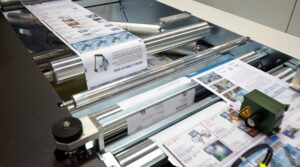 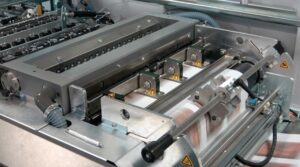 Roll to stack with WM8

The paper web provided by the unwinding unit (offline) or the printer via the web buffer WB8 (for Inline applications) is pulled in by the web merger WM8 and cut in the center. The edges can be trimmed simultaneously. Waste produced during the edge trimming is collected by a funnel and removed by means of an external waste exhauster. After that, the two web halves are placed on top of one another in the merger and fed to the cross cutter. The web halves can be merged left under right or right under left. 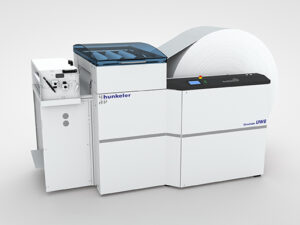 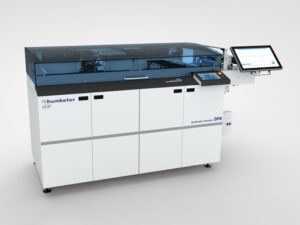 The dynamic perforating module DP8 can be used to create variable longitudinal and cross perforations. 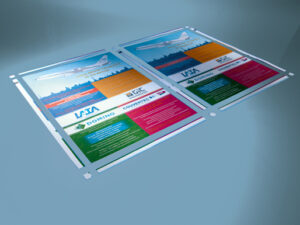 The combination of longitudinal and cross cut-out (module CS8) allows the user to produce full-bleed products. 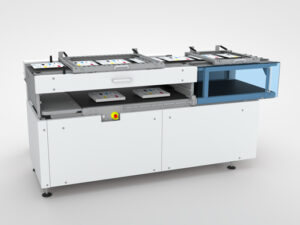 The Bypass unit allows quick and easy diverting of the output to the inline saddle-stitching system or to the conveyor belt for stacked book blocks. 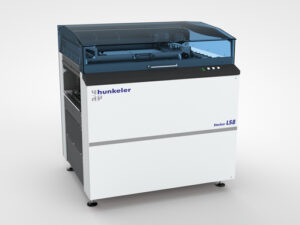 Up to 30″ sheet stacks with the LS8-30 Stacker. Also compatible with sheet overpass.